This week we offer you to discover our terraces top 5 in Barcelona. So you know where are the best places to enjoy the sun, with good drinks and atmoshpers.

If you like enjoy sun, cocktails and electronic music, this place is made for you! Located in the hotel W swiming pool. This place host every Sunday electronic music session with a guest DJ. If you want to know the programation you can have a look on their website.

Open since 1987 in a wonderfull hold indian house, this place specialized in cocktails create a special and pleasant atmoshpher with its palmtrees and architecture to spend good time.

Located on the ultimate floor of the Pulitzer, each summuer from May to October this terrace offers comfortable seats and a beautiful view on the city.

In Plaza Reial is the Hotel DO last floor, a refined place with local cuisine that offer a beatiful view on the Barrio Gotico and the Ciutat Vella. With a swiming pool to refresh itself if needed, this place also offers a wonderfull view on the famous Las Tres Gracias, one of the Gaudi’s master pieces.


Tomorrow in Barcelona starts the Gracia’s neighbourhood célébrations! This is one of most festive events in the city!Those celebration are a one week party whith a lot of parades into the decorated streets, local food stands, children’s activities and more.
We recommend you to assist at least once in your life to a typical Spanish atmospher like this.
You can find the celebrations detailed prgram on : https://lameva.barcelona.cat/culturapopular/en/festivals-and-traditions/festa-major-de-gracia

This week in Barcelona happen the World Class Cocktails Festival which is a competition where the best bartenders in the world are trying to create the bests cocktails as possible!

As you know, we never miss an opportunity to make you discover this amazing Barcelona city and this is why today we offer you to discover three bars in which the festival is occuring.

1 – The Paradiso
You will be able to enjoy your cocktails with smoked in-house charcuterie.
For the Festival, their offering is called El Quiche. It is a cocktail inspired by elements of both Spanish and Mayan culture

2 – The London Bar
Opened in 1910, this is one of the oldest bars in Barcelona. The place is really enjoyable with a modern and original decor.
Here you will be able to try The Voice, a soft and sweet drink that, according to his creator “should be served in clay base made to measure, with the shapes of the female body”.

This bar is specialized in locally sourced ingrédients. Into a classical decor, you will be able to apreciate The Toucha, an imaginative creation of the bartender with manzanilla sherry citric acid, seaweed soda and others secrets.

Now you know where to find the finest cocktails in Barcelona!

And if you are looking for great places to rent in order to enjoy and discover more Barcelona, you can visit our website to find your location : https://akiraflats.com/

On 16 July differents towns along the coast of Catalonia celebrate the Mare de Déu del Carme (Our Lady of Mount Carmel), the patron saint of seafaring communities. Sailors, fishermen and all sorts of seafarers revere the saint as she protects them from the most common dangers of the sea.

In Barcelona the festival takes place mainly in Barceloneta, the city’s quintessential nautical neighbourhood. The festival is organised by the local fisherman’s fraternity, which every year, on the first Saturday after 16 July, takes the image of the saint from the local parish church out around the neighbourhood in a procession. After going around the waters of the port, the saint is placed on an improvised altar on the wharf while mass is held and offerings are made to her. Finally, the festivity concludes with a performance by a Barceloneta choir, a very traditional element in the neighbourhood.

The ritual is more or less the same everywhere: the local fishermen’s fraternity take the image of the virgin out in a procession as far as the port, where she is put on a boat. The procession continues at sea, with a varied fleet of vessels in tow. The boats normally sail as far as a significant point or landmark on the coast, landing there and holding a mass presided over by the virgin.

The aim of the ritual is to honour the Mare de Déu del Carme and ask her for protection against the most habitual dangers of the sea, such as storms and shipwrecks.

The origin of the festivity honouring Carme as the patron saint of seafarers lies with the legend explaining how she saved an English boat adrift in the middle of a terrible storm. Amid the desperation, one of the sailors started to pray, wrenching off the scapulary of the Carmelite order he was wearing and throwing it into the sea. The act immediately ended the storm. It seems the spreading of the legend helped consolidate the Mare de Déu del Carme as the patron saint of sailors and seafarers.

In the 18th century the Majorcan Admiral Antoni Barceló Pont de la Terra promoted the festivity among his men, who adopted her as their protector straight away and dubbed her ‘Stella Maris’. Little by little the devotion spread among sailors and gradually substituted Sant Elm, who had traditionally been the protector of Catalan sailors and seafarers.

If you are looking for a greats place to sleep to come to discover those traditionals celebrations into a typical neighbourhood, come to visit our website : www.akiraflats.com

akiraflats July 8, 2019July 8, 2019 Leave a comment on The feast of the Mare de Déu del Carme Advices Barcelona
Have you ever Wonder yourself  why  Barcelona is called  “La Cuidad Condal”  ? This is because  during the beginning of the ninth century, all the North of Spain was divided into severals county that were rattached to the Carolingian Empire made by Charlemagne, Emperor of Francs. At the time, the main mission of those counties “condals” in Spanish was to defend France from muslim invasions from the South. Barcelona was one of those “condals”, the word stayed through the ages and this is why still nowdays, we continue to call this amazing city “la Cuidad Condal”. Know you know it, you will be able to answer to the question next time someone ask you why? 😉

akiraflats July 4, 2019July 4, 2019 Leave a comment on La Cuidad Condal Advices Barcelona
This Week-end is the Gay Pride in Barcelona! A lot of activities parades and concerts are scheduled. This is the opportunity to celebrate the diversity! Come to discover the city and its special atmospher on those special days! You can find the program of the events on this link : https://www.pridebarcelona.org/programa/ You are looking for an amazing place located in the city center or in Diagonal Mar to spend those particular days in Barcelona? Come to visit our website :https://akiraflats.com/ Let’s celebrate our differences! 🏳️‍🌈❤️🎉
akiraflats June 28, 2019June 28, 2019 Leave a comment on Gay pride in Barcelona Advices Barcelona

This week we make you discover the Born celebrations! Located in the Barcelona’s old city center near the sea, El Born is an emblematic district of Barcelona. On the 22/06/2019, as each year, starts the Born celebretions that last until the 29/06/2019.Are scheduled: Activities and parades, concerts, banquets and popular meals ( Popular paella and butifarrada open to everyone ), escape game in the Sant Pere Church and many more activities and célébrations.Don’t wait to come to discover this typical Barcelona’s neighborhood and this welcoming and amazing atmsophere!

For more informations, you can find the detailed calendar on :  http://lameva.barcelona.cat/culturapopular/ca/festes-i-tradicions/festa-major-del-casc-antic

You are looking to book an appartment to not miss that?  Come to visit our website to see our available appartments located in the city center : https://akiraflats.com/ 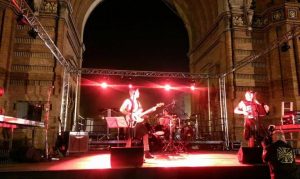 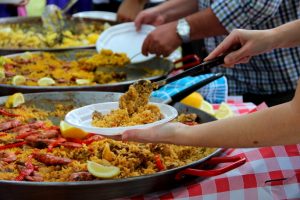 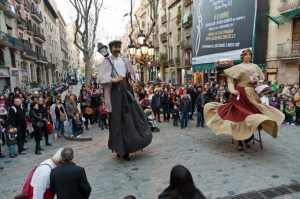 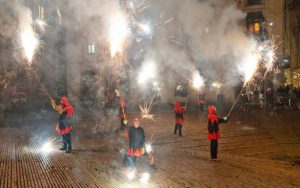 As you might already know, at Akira Flats we love football!

And we are happy because today is the starting day of the Women World Cup in France! If you are seeking to go and support women in some bars but you don’t know where to do it, you should go to see the article we have made on our website about the best bars to support our girls around the city.

Here is the link of the article : https://akiraflats.com/2017/06/14/places-of-interest-near-summer-villa-emilia/

We know that is important when you are visiting a city to know the best bars to drink a glass. We have so think in 3 categories of bar that you will love.
These 3 categories are concepts, rooftops and typical.

We have chosen this 3 categories because it is as 3 symbols of the city. The rooftops because is one very important places in Barcelona, the concepts are very interesting bars in the city that you’ll discover! And the typical have become symbol of the city by themselves.

akiraflatsSeptember 25, 2018 Leave a comment on Our bars suggestions Advices Barcelona 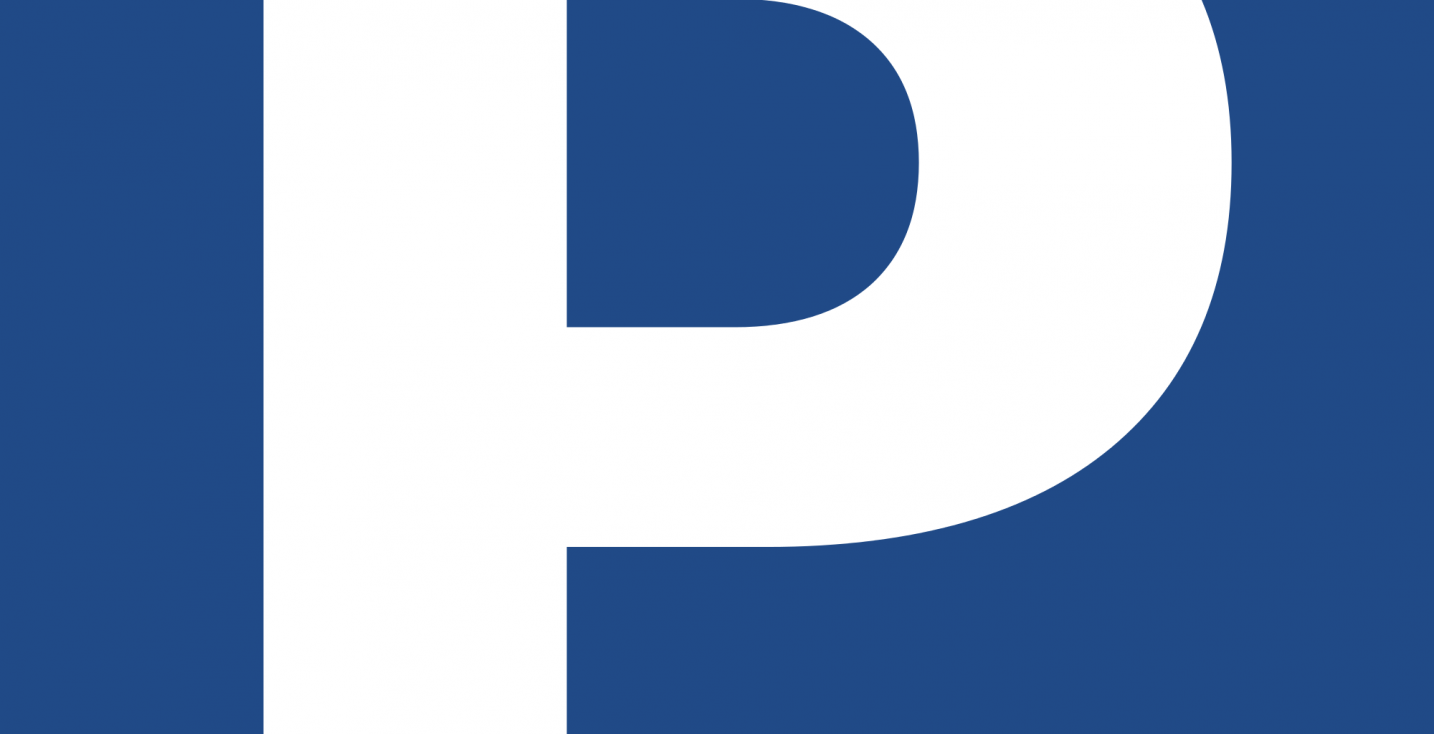 The price of parking in a parking lot in Barcelona is expensive but it is the most convenient option because they are secured and close from the center of the city.

There are also free options in Barcelona but they are not being watched.

You can also find a parking lot for around 7 euros per day, a little far from the center of the city but these are going to be secured. You can find this parking lot on “Parkimeter.com“

Do not hesitate to comment on this article if you know about any other parking lots in Barcelona. Or write a review about any of the ones above cited!